Visiting Lviv: The Tsar's Dwarf Is Out In Ukraine, And Don't I Just Love That? 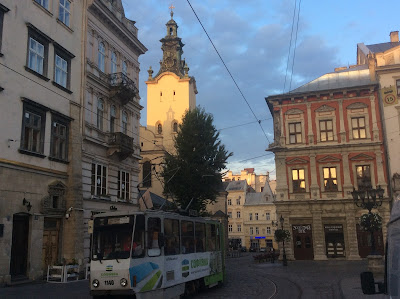 From the second I arrived in Lviv, Ukraine, I loved the city. There was something familiar about it, as if I recognized it from a past life, and since I believe in reincarnation, I probably did.

However, I hadn't gone to Eastern Europe for metaphysical reasons. I'd been invited by Lviv International Literary Festival (Lviv Book Forum 2017) and my Ukrainian publisher Fabula (Ranok) to present my best seller, The Tsar's Dwarf that had come out a few months earlier. 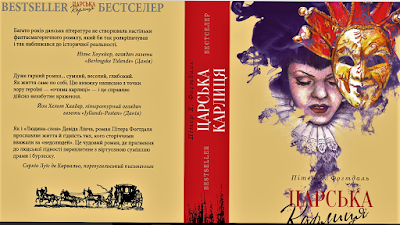 After eight quiet years writing two Danish novels, Det store glidefald and Det egyptiske hjerte, I must admit I loved the attention The Tsar's Dwarf and its author got at Lviv Book Forum, one of the biggest literary events in Eastern Europe with over 200 panels, 320 stands, and writers from 23 countries.

The Tsar's Dwarf is now out in six countries and was on a short list of the best seven foreign works at the Book Forum along with one of my heroes Don DeLillo. The editor at my Ukrainian publisher said that my novel was up there with the best in the business which made me teary-eyed and I signed so many books my face turned yellow and blue which happens to be the Ukrainian colors. 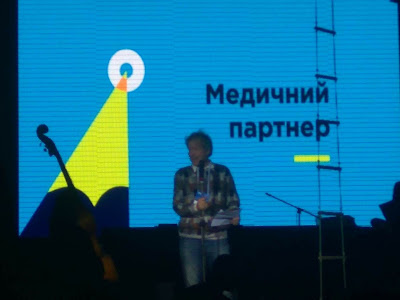 Apart from that, I was selected to do the keynote speech at the opening ceremony (picture above) where I predicted that the literature of the future will be a literature of healing instead of the darkness of thrillers and the migraine-induced intellectual writing of gloom that scholars are so infatuated with. We're going to need books that offer hope without being shallow and saccharine because we live in challenging times and it might not get better in the near future. 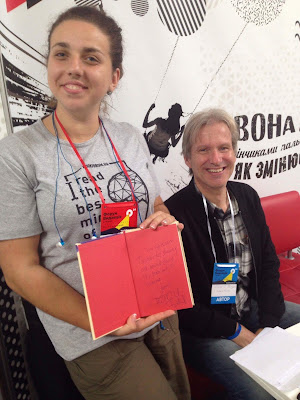 Lviv was a warm embrace. I met lovely readers everywhere I went. I gave interviews to Western Ukrainian radio, some literary websites, a local newspaper, and both my soul and ego were happy with my five days in one of the most beautiful cities in Eastern Europe.

Lviv had castles, cobblestones, majestic churches, markets, and old world trams rumbling through its crooked streets, but to me the greatness of a city has little to do with tourist sites. Legends grew out of sidewalks and alleyways -- Lviv had so much atmosphere. It was as if the medieval times coexisted with the 1920s, the 1950s, and the present, and they all got along really well. And the fact that the city is cheap for Western Europeans doesn't hurt, either. You could get a fabulous meal for $8 and as you would expect, the borscht was gooooood! 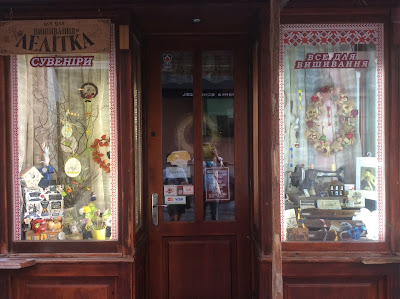 Whenever I visit a new city I like to get up early, walk around, and get lost. This is something I have a talent for, getting lost. Lviv was perfect for that and since I never got a map, I had all the excuses in the world to end up weird places, beautiful places, lovely places, surrounded by letters I didn't understand and the odd angel outside the gorgeous opera house. 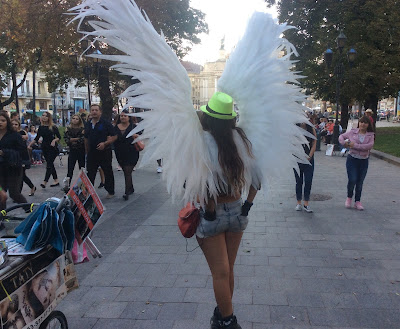 When I left Ukraine, it was with joy in my heart. I truly liked the wonderful people at my publisher Fabula. Just looking at the pictures here make me feel good, so why don't you plan a trip to the Krakow of Ukraine before it's turned into a haven for mass tourism?  In five years it might have become another Starbucks-infested city losing its soul to brands, chain stores and Marriotts on the city square. I pray that won't happen, but there's a decent chance it will!

PS. Vladimir Putin, if you're reading this, you should NOT visit Western Ukraine. Check the last picture to see why ... 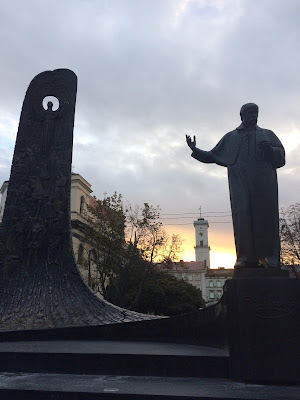 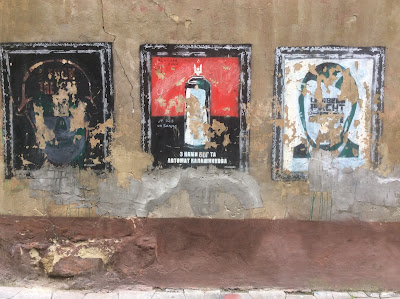 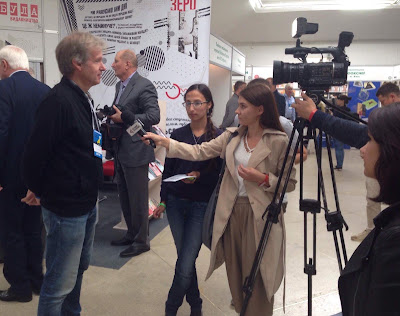 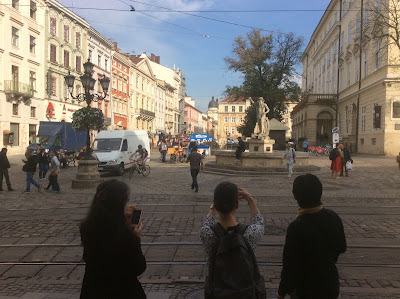 Posted by Danish Accent at 9:14 PM