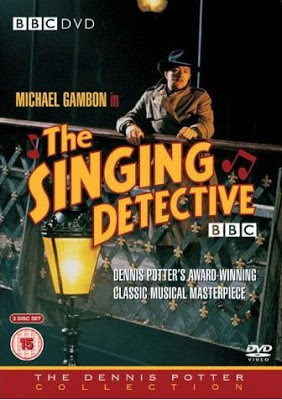 Almost thirty years ago, I saw a brilliant British TV mini-series and musical by Dennis Potter called The Singing Detective that is considered a classic today. Michael Gambon played a bitter and darkly funny mystery writer hospitalized with a severe form of psoriasis and psoriatic arthritis. His name was Philip E. Marlow (!) and he often fell into fantasies about being a suave detective, but when he was awake in his hospital bed, he made life miserable for everybody around him.
At one point, one of the doctors had the guts to ask Marlow why he was so angry. What did he want from life when he was a younger man? For the first time Michael Gambon's character softened up and whispered, "I would have liked to have used my pen to praise the loving God and all His creations ... I would have liked to have seen hosts of translucent angels climbing on spinning shafts of golden light deeper and deeper into the blue caverns of Heaven."
I remember how those lines hit me in my thirty year old gut, even more than the dark humor, the melancholy, and the hilarious fantasies. It was surprising because I was an atheist back then - but ten years later I understood why. Even though I've never been bitter and hospitalized (at least not hospitalized), I was an extremely frustrated writer in my early thirties. I wrote humorous TV-plays and sketches for national Danish TV and radio and didn't like it, even though I thought I should. I sensed there was more to life and me than satire and one liners, but I couldn't find out what. It was only when I became a novelist and gave my books a spiritual angle, I felt proud of my work. 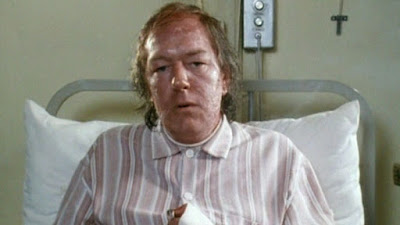 So why do pieces of dialogue stay with us for decades?  Do I want to praise God and all His creations in my work?  Do I see hosts of translucent angels climbing on spinning shafts every time I reach for my notebook?

I wish, but today I am a mystic who wholeheartedly believes in the good as the guiding force in the universe. I want my novels to be uplifting and quirky without being sappy. Like the world, my work is full of drama, conflicts, and sadness, but they always have hope. I refuse to write fiction that is cynical. Even The Tsar's Dwarf that has a darkly funny protagonist leaves the reader with a sense of hope - at least I hope so. The dwarf Sørine has been abused all her life, but she slowly opens up and starts to trust others. That's how real life begins - by trusting other people and by consciously choosing not to become bitter.

The Singing Detective is a very funny masterpiece about self-discovery through imagination, reliving and editing the past, and rising above adversity in unexpected ways. The video above is a scene from the first episode of the mini-series. It's not spiritual in any sense. Actually, at first it's just sad, but if you watch the whole scene you'll be rewarded with one of funniest musical numbers of all time. 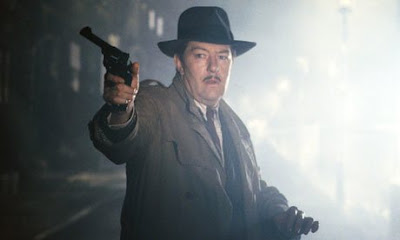 PS.
The Singing Detective was later turned into a Hollywood movie with Robert Downey Jr. in the lead, but as most people agree, it didn't capture the magic of the original starring Michael Gambon.

Posted by Danish Accent at 1:34 PM No comments: