Being Published in the US: The Joy of Losing My American Virginity 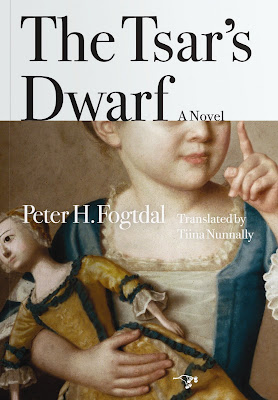 1.
I'm a newcomer to American publishing. You could call me a virgin.

Late in 2008 my first book came out in the US. It was a translated novel, The Tsar's Dwarf, and I was very excited. Even though I'm an eternal optimist, the novel got more reviews than I expected. And lots of attention from wonderful indie book sellers everywhere. I also went on a US tour to nine states, and during those months I learned a lot of things about American publishing.

2.
First of all, you Yanks have a God I'd never heard of before. She's called wordcount. Every time I talked to writers, agents or publishers they prayed to this deity. It almost seemed as if she was more important than the books themselves. "How many words did you write today?" "120,00 words are too long for the market." "Thirty-four sexual slurs on a page won't go down well with your readers in  Kansas."

Another thing that fascinated me was the many exciting genres you have in the America:  Literary Fiction, Gay Literature, Trans Gender Poetry, Horror Romance with Zombies, Horror Romance without Zombies, and my favorite, Non-Creative Fiction. Everything needs a label, so the books can hunt down an audience. 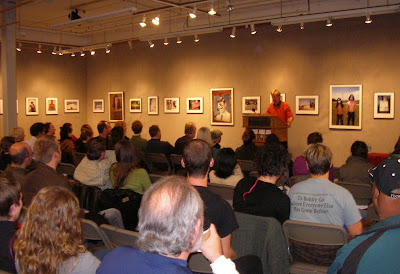 My reading at Powell's City of Books in Portland, Oregon, the biggest book store west of the Rockies, fall, 2008.

3.
In a certain way, this makes sense, but you have to realize that I'm from a country of less than six million inhabitants. Actually, Denmark is so small that people in the US ask me if I know their cousins in Belgium. So when I go into huge book stores in America and find books on Famous Crack Addicts In Beaverton, it makes me laugh with joy.

So am I appalled with American publishing, you may ask? Not at all. I would love to write a best seller in English. But I only want to do it if it's on my terms. I wouldn't dream of speculating in genres, topics, and trends. Writing novels is my biggest passion, and I will do it till the day I die.

So is there any hope for me in the US? It seems like it. Nineteen months after its release, The Tsar's Dwarf still receive reviews in America, Canada, and Great Britain. And my first experience with an American publisher, Hawthorne Books has been very positive. You may even argue there's a market for Weird Satirical Genre-Bending Historical Novelists From Denmark With An Attitude? 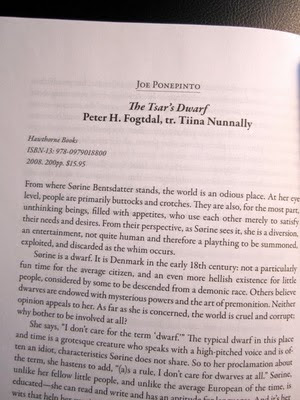 Some quotes from the latest reviews of my translated novel:

"The Tsar's Dwarf (translated by Tiina Nunnally) challenges readers to find sympathy for a character driven by misanthropy ... Fogtdal pursues this path through the literary tradition of existentialist style, established in characters ranging from Dostoevsky's protagonist in Notes from Underground to Seybold's Austerlitz." Joe Ponepinto, The Los Angeles Review, Volume 7

"Sørine is an original. I have never come across her like in a book before ... It's another historical novel that is funny, sad and delightful, all of which makes it sound elegant when in fact it's contemptuous, uproarious and potentially overwhelming."Juxtabooks

"Fogtdal’s prose is fantastic and I was thoroughly impressed by the translation ... It is quite unlike any other book I’ve read. Never has a character like Sørine been created; her unexpected uniqueness is a breath of fresh air. Though brash and uncomfortable at times, The Tsar’s Dwarf is quite the accomplishment. Highly recommended." The Literary Lollipop