San Marino - Long Live All the Tiny Countries in the World, Microstate Kitch and All 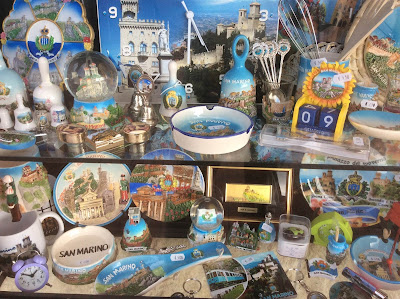 San Marino is a country that makes Denmark look like a continent.

This miniature state is only the size of a toenail, surrounded by Italian foothills, a speck of dandruff in the short hairs of Dante and Berlusconi, cute as a button, graced as it is by a medieval fortress, Borgo Maggiore that you don't see better in Transylvania or Disneyland.
Tourist shops galore are scattered in the cobble stoned streets. Some of them even sell the kind of assault weapons that would make your Republican congressman drool, but you're better off buying an ashtray in San Marino's pale blue colors - a memory of the sore hamstrings you got climbing the streets in this memorable and adorable kitsch museum. Yes, Americans, in San Marino you have to walk. No wonder so few of you have been here! The air condition doesn't work that well, either. The locals, all 32,000 of them, prefer the fresh mountain air, primitive as they are.
And hey, let's not forget San Marino's football team that's ranked 179th in the world. They've only beaten Liechtenstein which happened April 28, 2004, a national holiday now, or at least it should be. I do hope San Marinos make it to the Euro or the World Cup some day. If Iceland can, everything is possible! 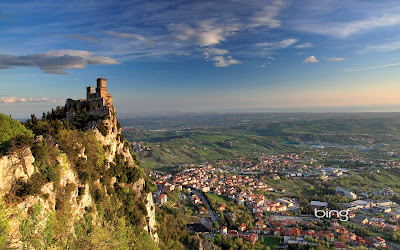 Yes, it's hard being small, a Dane should know that better than most, but San Marino has survived for centuries. It may be the oldest republic in the world, smiling wistfully at the tourists coming up in buses from skanky Rimini. Tanned Austrians roam the streets in search of decent wienerschnitzel; loud Estonians drink everything they can get their Baltic hands on. Even the Brits with their delicate lobster skin look for the meaning of life while admiring the gorgeous views from the restaurants that are glued to the mountain side and could fall off if an earthquake hits the area.
But don't worry about that. God and Saint Marinus have protected the microstate for centuries. God has kept San Marino out of the European Union and saved its trigger happy citizens from the all-American massacre that would destroy tourism. I mean, La Serenissima Repubblica di San Marino has outlived all other Renaissance city-states on the Italian peninsula. When global warming has melted the last gelato, San Marino and the cockroaches will still be here.
So please visit the picturesque Republic of Legoland, friends. I seriously camp-loved it and would recommend it the same way I recommend Solvang, the Danish hamlet surrounded by airhead Californians, or Monaco, the tax free Botox haven of Southern France where you can whitewash your money while you get shitfaced on kir.
Long live tiny countries. The world needs us more than you think! 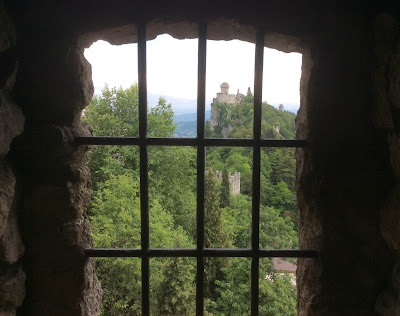 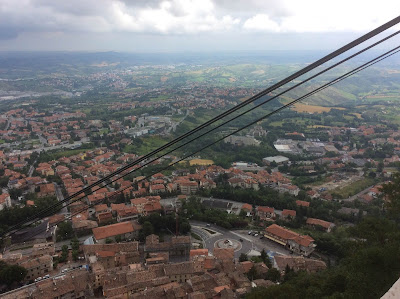 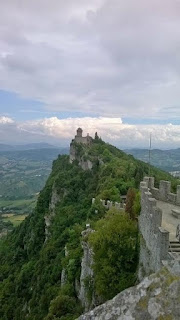 Posted by Danish Accent at 11:08 AM No comments: