My Reading In Helsinki, Finland: What a Sauna of Love! 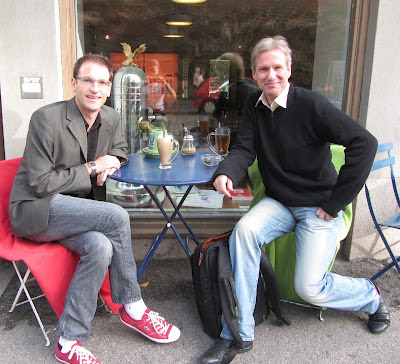 The first time I was in Finland I was almost beaten up by two Finnish thugs in a bar.

They didn't like my Greenpeace sticker, and when they found out I'd just been to Moscow, they were convinced I was a Commie. "We like to kill them," one of the psychos told me with a smile that would have made Hannibal Lecter proud.

But last month I was back in the Land of Nokia to present The Tsar's Dwarf (Zarens dværg) in Helsinki. And this time no one tried to bash my head in. Helsinki was sunny and friendly like a sauna of love.

My reading took place at a downtown library. Fifty wonderful Finns and Danes laughed, applauded, and fed me cheese. I spoke to Finns Who Love Denmark Because We Sound So Weird, Danes Who Married Finns And Don't Mind Too Much, and Finns Who Married Danes But Now Can't Get Rid Of Them. There were some great people from The Danish Club and the embassy as well. Even the Ambassador was cool.

I sold a lot of books, too and signed the odd body part. 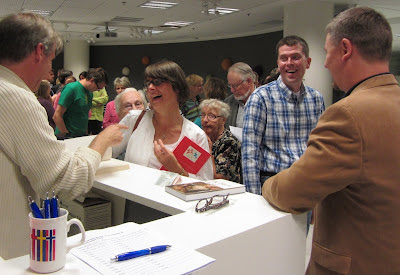 I did, however, experience some drama. In the airport bus I lost my credit card, but got it back two hours later.

"The Finns are extremely honest," my Danish host, Claus Elholm Andersen told me. He teaches Danish lit at University of Helsinki and recently moved to Helsinki from San Diego. Talking about dedication to the tundra! Claus is the man with the red shoes in the top photo. Whatever gets you through ten months of winter is fine with me, Claus.

Here are some more pictures from Helsinki. The Finnish capital isn't a bad place to hang out. And the sweet smell of Vodka is everywhere, especially in the trams in the morning. So God bless the Finns. They put up with the Russians for centuries, and now they've put up with me. 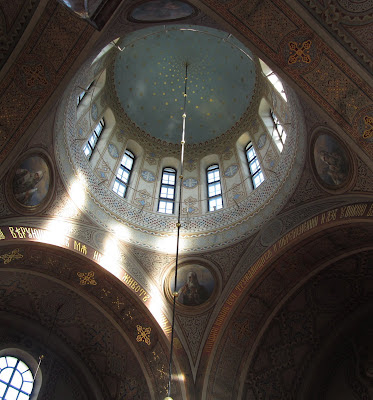 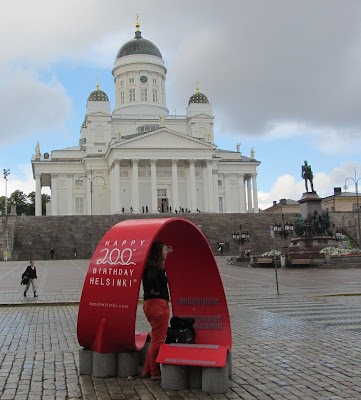 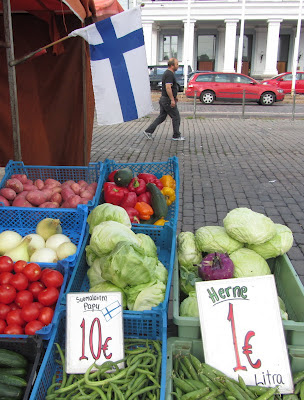 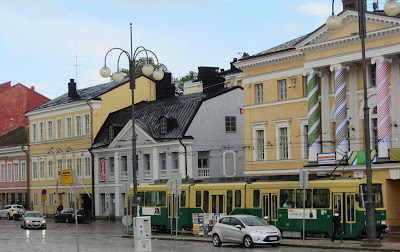 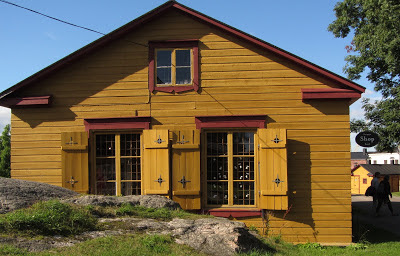 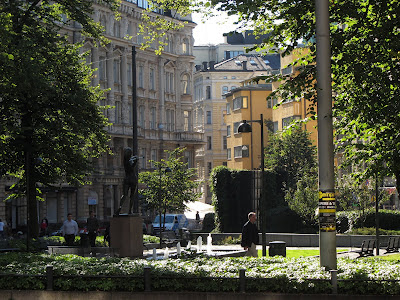 Posted by Danish Accent at 10:22 AM No comments: