Forgive Me, Berlin, But I Miss The Wall and The Gloomy Marxists With Their Bad Haircuts 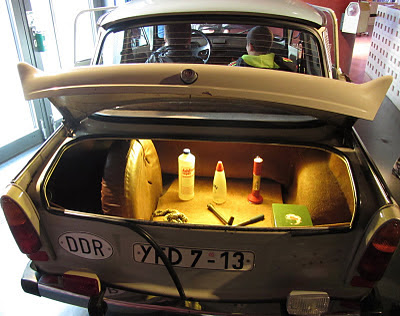 1.
I'm in Berlin for the first time in more than thirty years.

It's a fun, vibrant city full of cafes, trendy neighborhoods, and friendly people with oversized lap tops. Prentzlauer Berg is hard not to like. So are Bergmannstrasse and fashionable Unter den Linden with the wonderful Berlin museum, but the more I walk toward Brandenburger Tor the more I miss the wall and good old gloomy East Germany.

Not because I liked the German Democratic Republic or DDR. No one did unless they were deranged. East Germany was the most unpleasant country in the world at that time, but it was exciting the same way a nightmare is exciting. The collective paranoia crept into you and made you look suspiciously at every zombie-hausfrau who passed you in the street, most of them smoking Bulgarian cigarettes that smelled worse than the factories. 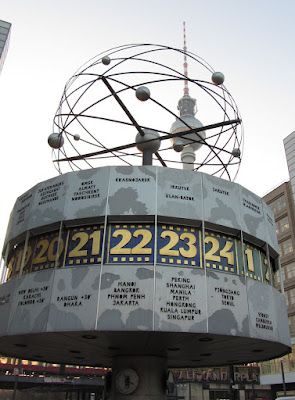 2.
Yes, that's right, visiting East Germany was like walking into a black and white film with incredibly bad props. People drove around in Skodas and Trabants. The East Germans wore dreadful clothes and had haircuts that made Danish degenerates like me roar with laughter. Alexanderplatz in the late seventies was a paradise of asbestos and huge red banners, teaching us that the Party decided what we should say and think.

God, I loved the Deutsche Democratische Republik the same way you love your undertaker. It was definitely my "favorite" dictatorship because the Poles and Romanians were too friendly. In Hungary the food was too delicious to being real Marxist, but the East Germans got it right: They despised everybody and were downright rude toward capitalists who didn't bow before their Holy Trinity of Marx, Engels, and Hoenecker. But still they dreamed of hiding in your suitcase when you went back to West Berlin.

"God, it must be so exciting to live in this workers' paradise," I used to think stupidly, "they have microphones in the ashtrays just like in the movies, and when somebody knocks at your door in the middle of the night, you know it's not your boring neighbor but some Stasi with a gun." 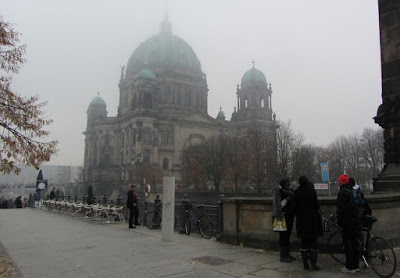 3.
My fondest memory of my two trips to East Germany was visiting my pen pal, a girl from Halle who dreamed of escaping to the West.

One late night we sat on a bench in Alexanderplatz and kissed. It was one of those three minute kisses you have to be a teenager to endure. We never came up for air, we just kept on kissing ... but while we were at it, I felt something was wrong. I looked up and saw that a police car slowly went by eying us suspiciously. Then it disappeared, but one minute later it came back. An officer rolled down the window and said something sinister to us, so we got up and continued somewhere else. East was meeting West. In our mouths, anyway. 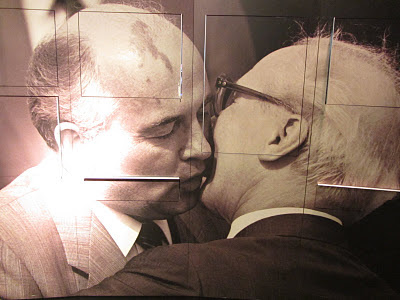 4.
Berlin today is quaint and exciting but not a favorite city of mine. One of my favorite places today is Kollwitzplatz. And there's something wonderfully ridiculous about the biggest tourist trap of them all, Checkpoint Charlie where I buy a piece of the Wall that I add to my impressive collection of ridiculous relics like two expensive splinters from the cross on Golgatha. 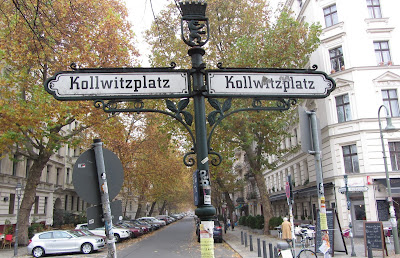 5.
I leave modern day Berlin after three days, but what I'm going to miss the most is the Club Colas they used to serve in DDR. They always tasted like Cokes that had been left open on a kitchen counter for a decade. No wonder that East Germany ceased to exist. There's only so much suffering humanity can take, anyway.


Posted by Danish Accent at 1:25 PM No comments:

No Wonder I Feel Right At Home In Gdansk, Poland (In The Company Of A Certain Naked Woman) 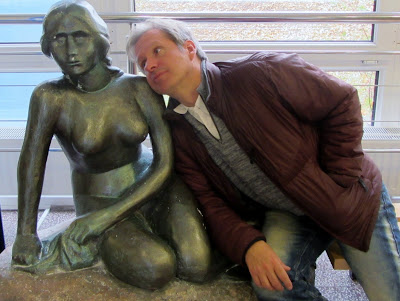 1.
I'm presenting my novel The Tsar's Dwarf at Uniwersytet Gdanski in Poland, and no wonder I feel right at home.

A few minutes before my reading I run into The Little Mermaid. She's sitting stark naked in the hall trying to read Søren Kierkegaard. No wonder she looks depressed. But I've always been a fan of our national symbol, so I decide to cheer her up by gently stroking her breasts. She gets quite aroused, of course, and as you can tell from the picture I get tired from my handiwork.

Actually, I love the fact that the Danish national symbol is visiting Poland. We have a duty to share her with the world, so first The Little Mermaid went to Expo in Shanghai, and now she's hanging out at Uniwersytet Gdanski hoping to get laid.

"Your Danish mermaid used to sit in the Norwegian class room, but we got so sick of her we threw her out," Hilde, the Norwegian instructor tells me with a cruel smile. But I forgive her. I always forgive Norwegians. That's how loving a person I am. 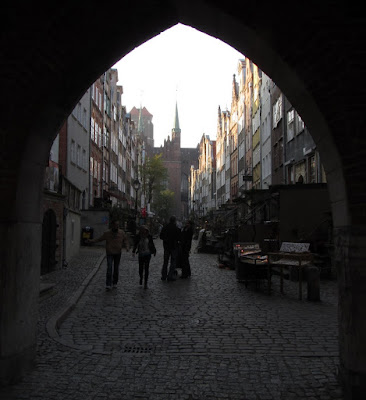 2.
Gdansk is beautiful. I had no idea that the historical center was so breathtaking. It took me back to the happy days of 1716 when everybody wore powdered wigs and didn't worry about the Euro.

Seriously, if I'd known that Gdansk was this gorgeous I would have gone years ago. Gdansk is only 50 minutes by plane from Copenhagen, but it seems like another world. The prices are low, the graffiti in the train stations are awesome, and people really know how to drink. And hey, I'm deeply impressed with the language as well. The Poles don't believe in vowels. They were forbidden by law a long time ago and they seem to have a kinky love affair with the letter Z. They put it absolutely everywhere, especially in places where it doesn't belong.

But as I said, what impresses me the most is the old part of Gdansk. It was expertly rebuild after the war and it really should be a major tourist attraction for those of us who love the baroque period. 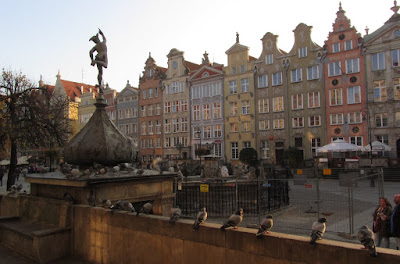 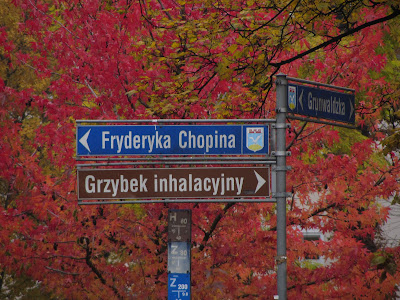 Posted by Danish Accent at 1:35 PM No comments: