There Is Nothing More Powerful Than Yoga (Unless You Hate It, Of Course) 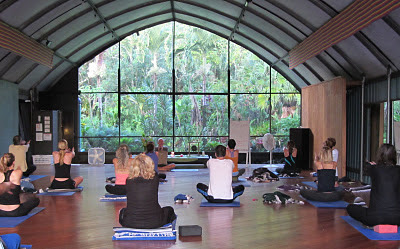 Yes, you guessed it, I only like yoga in theory. When my body sees a yoga mat it wants to run away and munch on a pork sandwich. It doesn't want to breathe through migraines; it doesn't find any joy in "allowing" the pain from a cracked collarbone. My body wants greasy tacos, sex in phone booths, and long bike rides around nuclear plants.

So why do I keep on torturing myself with the Downward Dog and other unhealthy yoga positions? I've done yoga on Greek islands and dengue at a health spa in Thailand. That's right, dengue at a health spa. God is trying to tell me something. "Stay away from yoga," God shouts with that booming voice of His that worked so well for Charlton Heston. 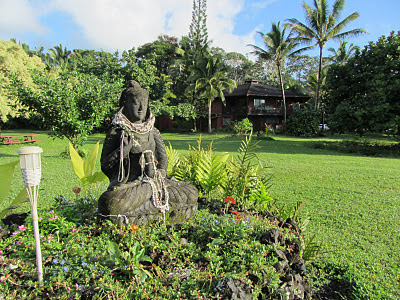 Actually, people are absolutely warm and beautiful. In my group you find a Latvian healer, a musician from L.A. with a gift for Zin Wine, a chocolate sales executive who despises chocolate, and an ex-con from the Oakland ghetto. The food is so healthy and tasty you want to scream, and unfortunately our yoga teacher Will is absolutely great. He even has a sense of humor, something I thought was strictly forbidden on the spiritual pathway. And hey, there's a reclining Buddha overseeing my declining body when I go snorkeling in the pool. With a life guard like that, how can you drown?

So yes, you could refer to this lush rain forest as Paradise, but damn it, there's nothing at Kalani to keep me on my toes. When I visited ashrams in India and Thailand you had to watch out for snakes and monkeys jumping on your back. On Big Island nothing can kill you. You may see a dolphin or hear a whale, but even though this is a spiritual place whales tend to keep to the sea - they're not much for doing The Plow. 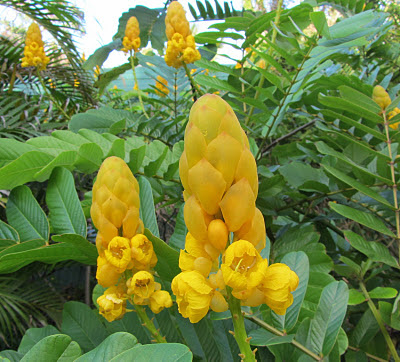 3.
By the way, I love mediation much better than the medieval torture that passes for Kundalini yoga. I'm also pretty good at breathing. Without bragging I can say I've done that successfully for half a century.

A few days ago I almost reached Enlightenment. I suddenly found myself fondling the most beautiful woman in the studio which happened to be my girlfriend. And I felt like fondling a few others as well, since I believe it's very important to share your wealth, but unfortunately my guardian spirit told me to stop. 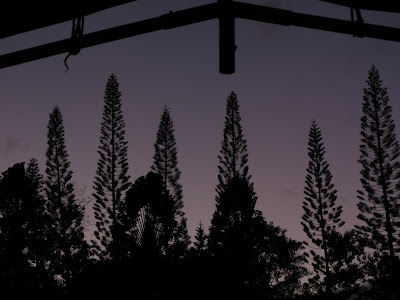 4.
But excuse me, I have to leave you now. There's an Ecstatic Dance taking place in the Rainbow Room here at Kalani. You're supposed to chant and rub your chakras against the other yogis while you chant something incredibly deep in Sanskrit. You just can't go wrong with that, now can you? 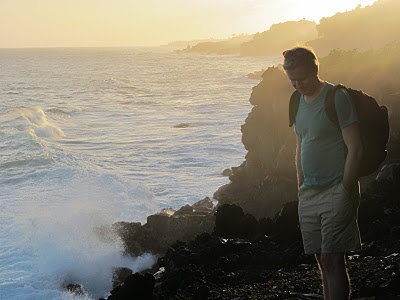