New Spiritual Novel Out In Denmark September 1, 2017 (Atheists and Agnostics Are Welcome, Too) 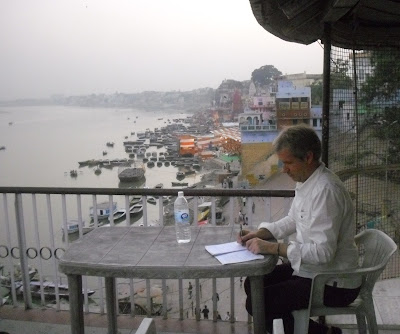 The book is a serious farce about a Danish-American businessman's attempt at reaching Enlightenment in a surreal Indian ashram where his faith comes and goes every times something goes "wrong." And as we all know, things go wrong in life quite often, even when you're in a community where everybody believes in the same guru as you do.

The novel is loosely based on some experiences I've had with three Indian gurus but the protagonist isn't me. Nick's adventures are much more outrageous than mine and his background is totally different, even though he's a Dane living in America as well. However, the theme is something I wholeheartedly believe in: Spirituality is for everybody. The idea that you need to belong to a specific religion, sect or cult to be 'saved" is ludicrous and anti-spiritual. The last thing this world needs is more dogmatic priests, gurus, clairvoyants, imams. So breaking News: Atheists don't go to hell. They're as loved as Barabbas and Brahmins.

I should finish the English version late this fall so hopefully my agent Britt B. Tippins from Storyscout will sell it to an English language publisher with exquisite taste, and to a lot of other countries. I've spent the last eight years writing on both versions, so right now I'm happy and relieved that the Danish incarnation is seeing the light of day soon. 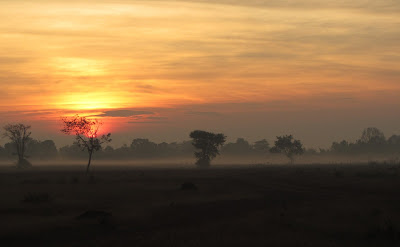 2.
The Danish title of the novel is Det store glidefald which is a play on words. It means something like The Great Prostration or The Great Surrender. The English title will be totally different and the two versions are not alike. I can't just sit and translate my own work like a zombie. That would be tedious, boring, and bad for my health. The voice is a little different in the English version, which I worked on the longest, not just because I'm writing it in my second language but because I constantly had dreams pointing me in new directions.

But that's how muses work.  At one point, I was told to change the ending in a vivid dream. Then I dreamed the novel was too long which was totally true. So if there's one thing I've learned it's this, don't ever argue with your muse. Accept that somebody is writing with you or through you if you take your art seriously.

And yes, rational writers have muses, too. We all work with worlds we don't know exist. None of us have an inkling of what's going on in this matrix or the next, so let's try to be humble and belly laugh at the human condition.

3.
Later, I'll write more about Det store glidefald on this blog and show gorgeous pictures from India. Actually, I've dedicated the novel to "the most fascinating and infuriating country on earth" - a place I've been about eight times - and as most other visitors, I've developed a love-hate relationship to this addictive sub-continent. Actually, I started writing on the English version back in Varanasi in 2009 (see picture above), then I started on the Danish version in 2011, returned to India in 2012 because I was lucky to get a five week grant to the international writers' residency Sangam House outside Bangalore, so this has been an exhausting and thrilling journey.

Wish me luck September 1st. I'm so excited and hopefully my Danish readers will be as well.

You can pre-order the book by scrolling down on this page from book seller SAXO.DK
Posted by Danish Accent at 11:42 AM No comments: