Excerpt From My First American Interview (and Most Likely the Last)

I just gave my first American interview. I hope it won't be the last. I always like giving interviews, the more ridiculous the better. And I want you to know that I always try not to take myself too seriously. Writers with huge egos have to appear humble and I'm very, very humble.

Also, I just received a great review in the October issue of The Believer, a very important literary journal in San Francisco.

I must admit I'd never heard of The Believer before it reviewed The Tsar's Dwarf but now I think it's the most insightful and brillant journal in the US.

But let's get on with it. Here is an excerpt from my interview with Jacob Aiello at The Portland Fiction Project. 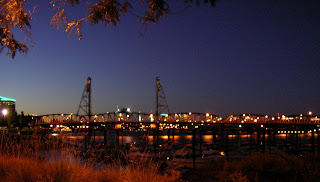 What kind of personal meaning does The Tsar's Dwarf have for you?

I've written twelve novels, and The Tsar's Dwarf is one of my three favorites because I think it succeeds in being truly tragicomic. Maybe I'm mistaken but I hope I've succeeded and that my American audience will like it.

In my review of your The Tsar's Dwarf, I compare Sørine to Günter Grass' Oskar from The Tin Drum. What do you make of that comparison? Did you base Sørine's character on any other figure–either fictional or in real life? How much of your own life's experiences go into your writing?

No, all kidding aside, I never thought of The Tin Drum. Halfway through the book, however, some one told me about The Dwarf by Pär Lagerkvist, the Swedish nobel prize winner. I read it and copied about four lines from it. It's a great book but it's about evil, mine is not. I love my main character Sørine. She's troubled but like most people she's not evil!

In The Tsar's Dwarf, there's an argument between the tsar's envoy Vasily Dolgoruky and Rasmus Æreboe wherein the Russian Dolgoruky confronts the Danish Æreboe with a slew of insults about his homeland: "You have no proper artists, no proper artisans. You can't even produce any proper idiots! Everyone is equally mediocre in spirit." As a Dane, what was it like to write those words into one of your own character's mouth?

I loved it because it's so true. Denmark is probably the most mediocre country in the world - in the best sense of the word. We're the most equalitarian nation on earth - we're all very alike and suppose not to stand out. And what I find fascinating is that the rest of the world thought so too in the late 17th century. Back then Robert Molesworth, a cruel Englishman (aren't they all?) wrote a book about Denmark that insulted our King, our country, and our national traits. Wonderful stuff. And this is coming from a man, me, who's actually a Danish patriot!

Before The Tsar's Dwarf comes out this fall, the only way American audiences will have been able to read your writing (unless they can read French, Portuguese or Danish) is from your blog, Danish Accent. How does writing a blog affect your literary writing? Does it enhance or detract from your writing time? Does it inspire you at all? What role do you think sites like Facebook, Myspace, or blogs have in the literary world right now? Are they an advantage or a detraction?

I love writing my blog. It's actually my training ground for writing in English and my next novel will have the samme funny awkward voice I hope comes through in Danish Accent.

I don't really know what significance Facebook and My Space are going to have in the future. Maybe they're just going to be a fad. However, I think they're magic for artists promotion wise. But in terms of literary significance, I don't think they're gonna make much of a difference. I mean, I don't really consider it an art form when I show nude pictures from my vacation in Saudi Arabia.

What were you doing in Saudia Arabia? Research for some future book, perhaps?

I've never been to Saudia Arabia. That was totally a joke. I apologize!

What are you working on right now?

I just started on a novel that takes place in the 1800s in Portugal and the 1500s in Italy. It's about identity and I'm writing it in English and then in Danish. That has been my "secret" agenda all the time - to come over and teach in the US and totally abuse your language.

You can read the review of The Tsar's Dwarf at The Portland Fiction Project here.

So far 55 people have reviewed it on amazon.com and it's not even out untill October 1st.

You can see my book tour dates in the blog below. Thanks for wasting your time with me. You should know better!
Posted by Danish Accent at 3:13 AM 2 comments:

Was Peter The Great a Psychopath? 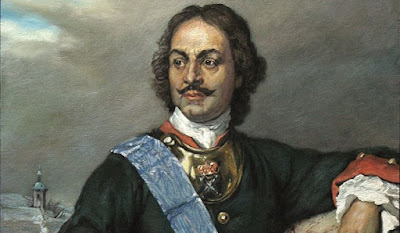 1.
Peter the Great is one of the most fascinating rulers of all time.

The Russian Tsar was a visionary genius, a man who changed Russia from a backward country into a European powerhouse. He was also a master sailor, a shrewd politician, a delightful dentist, a stern educator, a monstruos manipulator, an ingenious inventor, and an avid amateur surgeon who practiced his art on his soldiers who routinely would bleed to death after being operated by His Highborn Sovereign.

But most important (for my novel, anyway), Peter Alexeyevich was a leading dwarf connoisseur. He collected dwarfs like others collect stamps. No wonder that this charismatic, enigmatic and brutal giant has fascinated historians for centuries.

But even though Peter the Great was one of the most ruthless rulers in world history, is it fair to call him a psychopath?

Probably yes, but actually we'll never know for sure. We can't go back and analyze him; we can't question him and observe him under a blue lamp. No matter what, Peter the Great was definitely a man who had "issues". He was unbelievably blood thirsty, he had his own son, Alexei killed because he didn't follow his orders. Only on rare occasions did Peter show compassion for others, and he suffered from seizures and convulsions that turned him into a raging monster - we know that from several sources written by the English and Danish ambassadors to St. Petersburg.

We also know that Peter Alexeyevich wasn't typical for his time - that's exactly why he is so fascinating. He was feared and respected in Russia, but he was also deeply hated because of his ruthlessness and his paranoia.

But Peter was a complex man. Every time you try to label him, he slips through your fingers. He defies description; he was everything rolled into one. That's what I experienced when I wrote about him in The Tsar's Dwarf.

But hey, in my own twisted way, I'm quite fond of the man. He is as fascinating as Russia - a country I've visited twice and hope to visit again.

2.
When I did my research for The Tsar's Dwarf, I read three huge biographies about Peter Alexeyevich plus a few books and sources about life in Russia in the early 18th century.

All of these sources had a different take on Peter. The three biographies were well written and well researched, but that doesn't mean the writers "got" the man. I don't know if I do, either, but I think it's often through art, not science that you get closer to the truth of a human being.

However, as a novelist you have an obligation to be "loyal" to the historical persons you write about. You shouldn't make them do things they wouldn't have done in real life. You shouldn't have Ronald Reagan recite Soviet poetry or let Adolf Hitler cuddle a Jew; it just wouldn't be right.

There's another important historical figure in The Tsar's Dwarf, the Danish-Norwegian king Frederik IV (1671-1730). He's another monarch I love and respect, even though he didn't have a hint of psychopath in him. Frederik IV had less charisma than our Tsar. He was a romantic bureaucrat who was an ally of Peter's in The Great Nordic War against Sweden - a very complex man who fell in love with an Italian nun, but that's another story we won't get into here ... 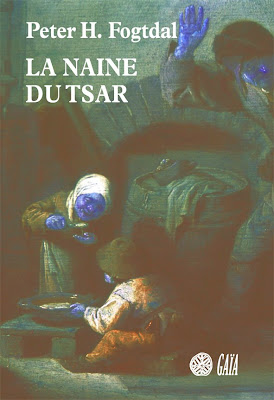 The French version of my novel, La Naine du Tsar (Gaia Editions). It's out in four languages now and will be out in Ukrainian in the fall of 2017.

3.
At the center of The Tsar's Dwarf is a character who is a total fabrication of mine, the Danish dwarf Sørine Bentsdatter who is given as a gift to Peter the Great during the Tsar's stay in Copenhagen in 1716. She has been hired to jump out of a cake by the Danish court - and she sure as hell doesn't want to. I invented Sørine because I wanted to write a novel about human dignity.

Actually, that's not true at all. I invented her because she wanted to be in my novel. You see, I used to carry this angry dwarf with me where ever I went. She was mad, raunchy, vulgar, and pretty sarcastic as well.

I still love this inner dwarf dearly. Sometimes she does show her face for a few minutes when some one insults me. She grows out of me at the speed of sound, but I prefer that my dwarf stays in my book and doesn't interfere with my personal life. Why? Because I'm a happy man today. I don't need to hate any one the way Sørine does - at least not for more than a few hours.

If that wasn't the case, God and religion wouldn't make sense at all.  And it's Sørine's spirituality and Peter the Great's affection that keeps her alive.

PS.
If you read the Scandinavian languages, you should get hold of my novel Lystrejsen about Frederik IVs trip to Italy where he commits the gravest of sins - he falls in love with a Catholic!

PS 2.
The Tsar's Dwarf is coming out in Ukraine in the fall of 2017. More about that later.