Learning Italian in Lucca: Calvino, Puccini, Vaffanculo. It's All Poetry To Me 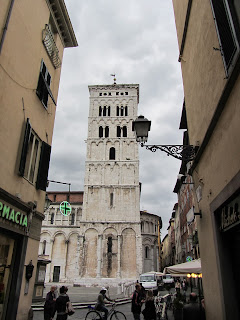 1.
During a short stay in Italy last month, I passed through Lucca in Toscany where it all started for me.

In the nineties I decided to do something I wanted since I was a kid: learn Italian. I suffered from depressions back then and since wine wasn't the answer, Italian had to be. Luckily I was right. The second I started to speak the most beautiful language in the world, clouds would evaporate in my head, beauty filled every cell in my body, and I came instantly alive, helped by the sun, the mountains, and the penne arrabbiata.

After half a year I could almost read Calvino and I could definitely shout vaffanculo. My writing became more vibrant, my digestion improved - how could it not since I was surrounded by saints, gelato, and language? Sometimes I would break down in gratitude, munching on words like melanzane and abbastanza, while getting high om condizionale. There was so much LIFE in Italy, so much forbidden fruit passing me on scooters, so much dirty linen hanging from lazy balconies, so many signs that blew me away: Campobasso, francobolli, caduta massi, all of them were poetry to me. The cities steeped in history reminded me of earlier incarnations as an actor in the Veneto region, a Franciscan monk in Urbino, and a mystic in Venezia.

At one point I dreamed of marrying Italy, but today I only want her as my mistress. I drop by as often as I can, knowing that all hill towns, lemon orchards, and mountain lakes will be in my blood until the day I die. In some ways I feel more Italian than Danish, except that I'm as impatient as most Scandinavians and I want things to work. But things don't really work in Italy. Italians thrive on chaos and temper tandrums, which is charming one month a year, not more. So come to think of it, I will keep my Danish passport for now... 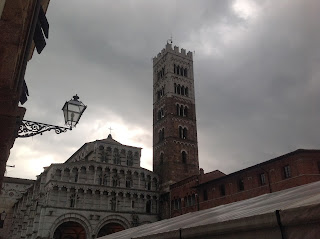 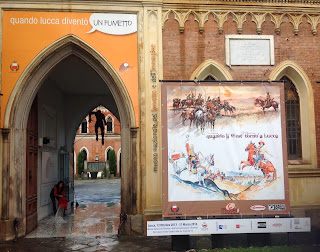 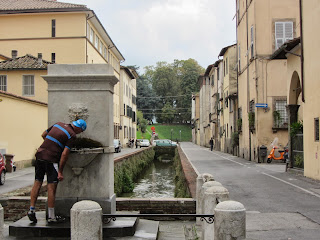 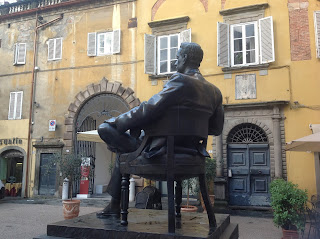 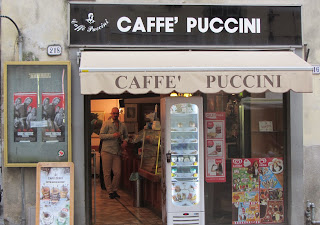 2.
Lucca is the prettiest town in Tuscana. Forget overrated Firenze, crowded Siena. touristy Pisa, and ridiculous San Gimigniano. They are all fine if you like Disneyland. No, Lucca is the real deal. It's quiet, sleepy, stylish, and magical at night when all the tourists have gone back to their cruise ships and the five star hotels in Florence.

The greatest thing about Lucca is that it doesn't have a single "important" thing that snobs have to see, except for Le Mura, the walls around the old city that may be the greatest place in Central Italy to walk your Schnauzer, or go for a jog. Lucca is a city for people who truly love Italy. But I'm only talking about centro storico, of course. Everything outside le mura is uninteresting and a little drab, except for a cute stream and a few good restaurants. 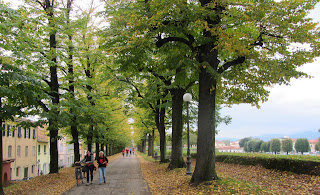 3.
I started learning Italian at Koine in Via Mordini in 1994, came back several times the following years, continued my studies at E.St.Veneto in Feltre (a lovely place) and in Perugia where I survived the big earthquake and the chocolate.

Around 2000 my Italian was pretty damn good, but now it has deteriorated because I live in America and can't drop by as often as I would like. But literary as I am, I still read Corriere dello Sport and Stefano Benni's short stories. I listen to Zucchero and Irene Grandi, admire the hell out of the films by Paolo Sorrentino, and I love the art of Canaletto and Andrea Pirlo. Italy is part of me and has given me so much joy and inspiration. At least four of my thirteen novels were partly written in one of the greatest countries on earth, the obscenely beautiful and delightfully dysfunctional Italia.

Take an Italian class in Italy. When I started I only knew how to say, due cappuccini, so there's hope for you as well. 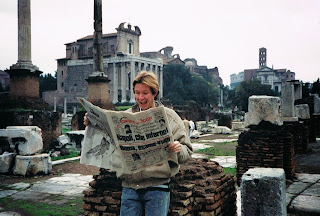 Back in the early nineties in Rome where I only understood the football scores in the sports paper.